Change language
Alleged arms trafficking in Beni: A human rights NGO calls for the departure of some FARDC officers. - CONGO COURRIEL Skip to the content

The Signing of Agreements between Qatar and DRC: “Is the Head of State not opening the doors to world terrorism”? (Barnabé Kikaya).

DRC-FECOFA: Constant Omari, the end of a long story…

DRC/Rwanda: Discreet, and potentially unpopular, cooperation between Kinshasa and Kigali against insecurity in eastern DRC.

Alleged arms trafficking in Beni: A human rights NGO calls for the departure of some FARDC officers.

COVID-19: Leonard She Okitundu makes a material contribution to the preventive struggle in Sankuru. 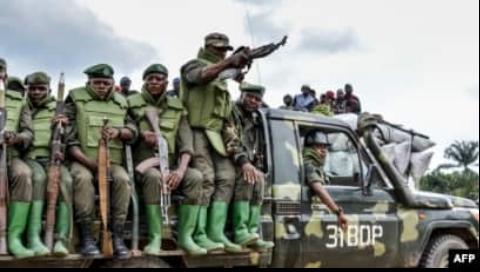 The International Circle for the Defense of Human Rights, Peace and Environment (CIDHOPE) welcomes the arrest by military justice of some senior officers of the Congolese Armed Forces (FARDC), officials of the Congolese Institute for Nature Conservation (ICCN) and some civilians, accused in the case of alleged diverting of ammunition and weapons of war in Beni in the east of the Democratic Republic of Congo.

In a statement issued on Friday, March 26, 2021, a copy of which reached the editorial office of www.congocourriel.info, this human rights organization calls on the President of the Republic to dismiss the commanders and troops of the 32nd brigade of the FARDC, some of whose officials are accused in this case, which is causing a great uproar in the community. For the executive secretary of CIDHOPE, Delico Mbambu Nyamwami, the behavior of these elements has tarnished the image of the Congolese army, although their guilt has not yet been established.

According to Mbambu Nyamwami, the population no longer gives the commanders and troops of the 32nd Quick Response Brigade the necessary credit.

The FARDC General Staff, in a communiqué issued on March 22, 2021, confirmed the arrest of some FARDC officers and their accomplices from the ICCN. For the senior military hierarchy, the arrest of these alleged arms traffickers in no way implicates the FARDC or the command of the SOKOLA1 operations, which according to the spokesman for the Congolese army, General Léon-Richard Kasonga, is behaving well in the field to impose peace in Beni.

Sale and trafficking of war ammunition in Beni: 13 suspects arrested by military justice, transferred to Kinshasa

The 13 suspects arrested in the investigation into the “sale and trafficking” of war ammunition in the town of Beni, in the province of North Kivu, have been transferred to Ndolo prison in Kinshasa. The transfer took place on Thursday, March 25, 2021, from Beni via Goma, the capital of North Kivu province.

They include five officers (senior and junior) of the DRC’s armed forces, a curator of the Congolese Institute for Nature Conservation (ICCN) and civilians, who were arrested on March 15 by the military justice system. 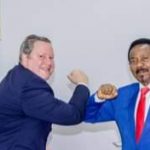