The Signing of Agreements between Qatar and DRC: “Is the Head of State not opening the doors to world terrorism”? (Barnabé Kikaya).

DRC-FECOFA: Constant Omari, the end of a long story…

DRC/Rwanda: Discreet, and potentially unpopular, cooperation between Kinshasa and Kigali against insecurity in eastern DRC.

Alleged arms trafficking in Beni: A human rights NGO calls for the departure of some FARDC officers.

COVID-19: Leonard She Okitundu makes a material contribution to the preventive struggle in Sankuru. 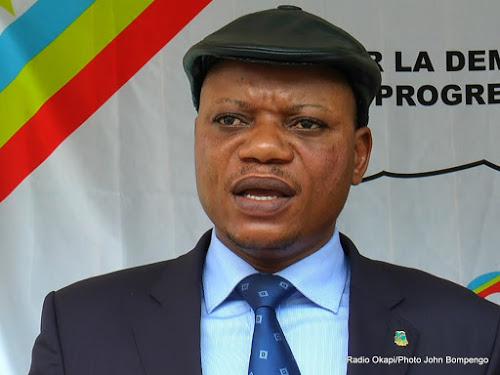 Trench warfare is far from over in the Democratic Republic of Congo. During his intervention this Saturday on Top Congo FM Alexis Thambwe Mwamba castigated the President of the Republic’s cavalier attitude when he decreed a sanitary state of emergency:
“We were surprised when the head of state declared a sanitary state of emergency…it is now time to return to constitutional order… Pursuant to article 119 of the constitution, it is up to the congress to authorize the state of emergency. “…suggested the Speaker of the Senate.

In the words of Thambwe Mwamba, the congress that will be convened soon will have the mission of regularizing and materializing this state of emergency which has no legal basis:
“The urgency has justified the President of the Republic’s proclamation of the state of emergency, even if this was not totally consistent with the constitution. But we are not going to use legalism to avoid a small institutional crisis. We are in a de facto state of emergency, not a de jure one.“

This thunderous outburst by the Speaker of the Parliament’s Upper House did not at all delight the presidential party. The UDPS through Jean-Marc Kabund, its acting president was quick to react. The number two of the parliament’s lower house believes that the Common Front for Congo FCC intends to strike a fatal blow to the President of the Republic through this congress:
“The regularization of acts taken by the president of the republic does not fall within the powers of the congress (Art 119 of the constitution). This is a distorting prism. Convening a congress in this regard is a specious step which tends to strike a blow at the institution of the president of the republic.“
Kabund has therefore refused this Congress, which the UDPS describes as fallacious and chimerical from Alexis Thambwe and Jeanine Mabunda. For President Tshisekedi’s party, at no time in world history has a congress had to pass laws. Each chamber of the Congolese parliament votes separately on laws and the Head of State promulgates them.

In essence, the cross statements of Alexis Thambwe Mwamba and Jean-Marc Kabund reveal a deep crisis between not only the two coalitions in power, namely the FCC-CACH, but also and above all between the institutions of the republic. 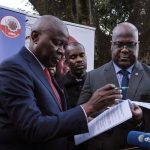